Male-Female Differences in Knee Laxity and Stiffness: A Cadaveric Study 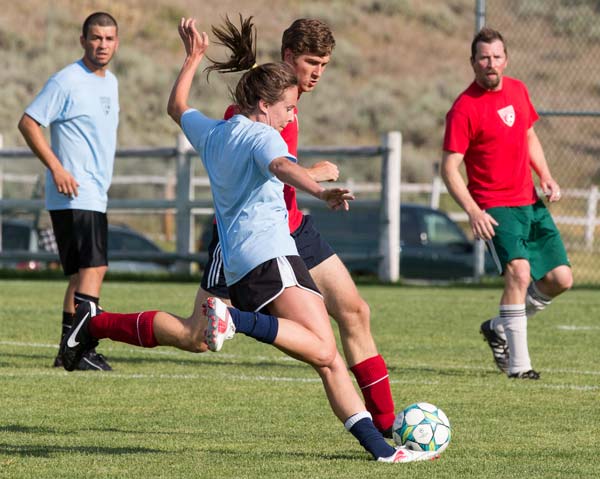 New study comparing the laxity of male versus female anterior cruciate ligaments (ACL). This study is different than the majority of previous, similar studies in that some of the soft tissue barriers and reflexive responses by subjects were essentially eliminated. This design allowed the focus on be solely on the laxity of the ACL in a variety of directions, including anterior-posterior, varus-valgus, and tibial internal-external rotation. The researchers conclude the following:

While valgus rotation was significantly greater in female knees, the maximum difference was only 1.6, which may not be clinically significant. Internal rotation showed the largest difference between male and female knees, with up to 8.3 more internal rotation in female knees through the range of flexion angles tested. This is of particular interest, as many noncontact ACL injuries occur during sharp deceleration, sudden change of direction, or landing from a jump with the knee near full extension . . . therefore, a more lax female knee would likely have greater tibiofemoral motion with reduced proprioception and slower muscle contraction, leaving the knee more vulnerable to ACL injury, especially during athletic maneuvers after fatigue sets in and neuromuscular control is diminished.

The results are shown below: 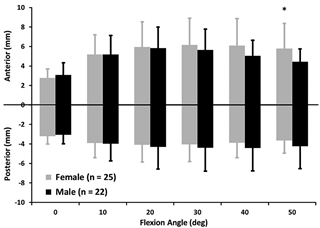 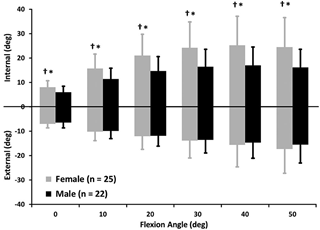