If you’ve watched any (American) football this fall, you’ve no doubt noted the number of hamstring injuries. In working with countless of athletes riddled with hamstring injuries, seeing how it becomes a nagging, debilitating condition preventing them from participating in the sport they love, something must be done to reduce the risk of this function-limiting injury.

Some progress has been made in recent years on identifying and treating these injuries: 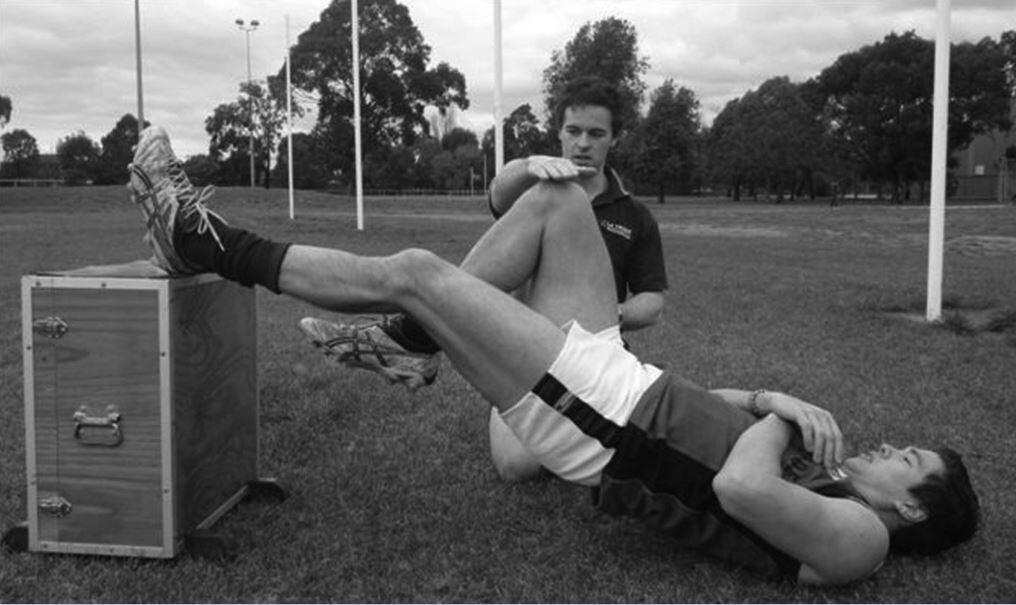 So, this research from Australia attempted to find a test that identified who would and who wouldn’t injure their hamstrings during sport (Australian Rules Football, in this case).  They had 482 Australian Rules Football players perform the single leg hamstring bridge (SLHB) to failure (supine position, heel on 60cm box with that knee in 20° of flexion). “A score less than 20 is considered poor, 25 average and greater than 30 good. On average, players who sustained a right-sided hamstring injury in this study were close to or below the ‘poor’ level.” Among their results:

The authors acknowledge that the injury rate on the left prohibited a solid look at the influence the SLHB test has on predicting hamstring injury. Interesting to me was the separation from right- and left-sided hamstring injuries.

With that being said, the inclusion of the SLHB  in preseason testing would seem warranted. I tell people that there’s no single test whose results fully describe any injury or performance measure. Rather multiple tests provide a complete picture to the given variable. I would suggest using the SLHB with the Nordic hamstring exercise, modified position hamstring manual muscle test and notation of previous hamstring injury to paint a “complete” picture of the athlete’s risk of hamstring injury.

Lastly, to reduce hamstring injury risk, I would recommend including the following exercises for all athletes that sprint for their sport: