Are Muscle Strength and Function of the Uninjured Lower Limb Weakened After Anterior Cruciate Ligament Injury? Two-Year Follow-up After Reconstruction 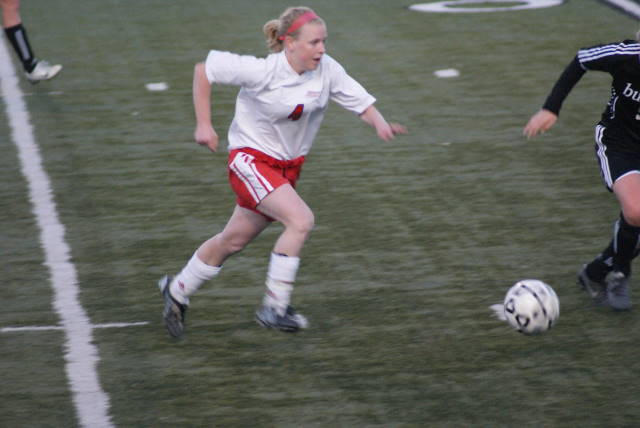 The authors of the study found that while the strength EVENTUALLY comes back, the opposite/contralateral lower extremity does indeed get weaker and remains that way for up to 24 months. Two years. (Check out the graph below.) Most athletes return to sports before a year (6-9 months is typical). If that is the case (I tend to believe a longer time frame is indicated), they return with an ACL that has yet to fully heal and a contralateral lower extremity that has not regained its pre-injury strength. To me, that is a recipe for disaster.

At a minimum, we need to include the other side during the rehab process. I would go further by suggesting that we delay return to sport longer. 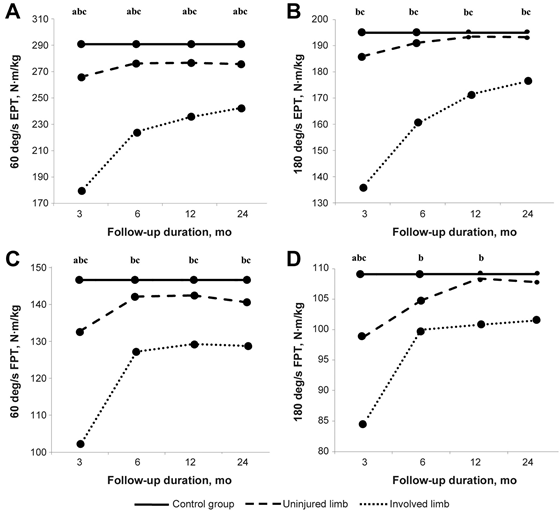